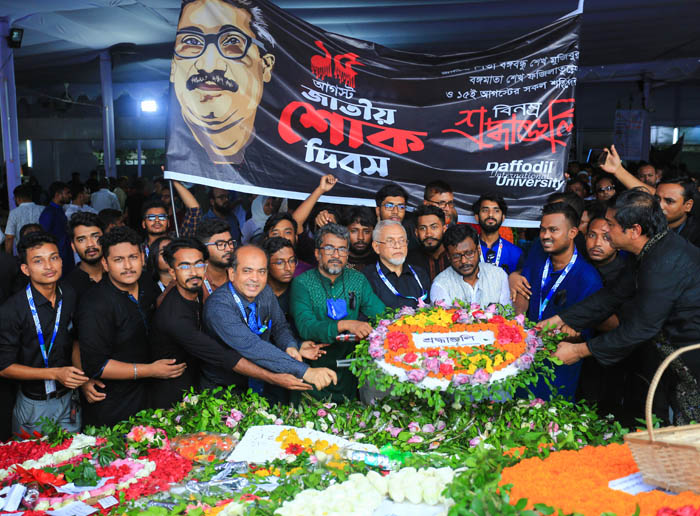 A team of Daffodil International University led by Professor Dr. M Lutfar Rahman, Vice Chancellor of the university is paying homage placing floral wreaths at portrait of Bangabandhu at Dhanmondi 32 in Dhaka to mark 47th martyr-dom anniversary and National Mourning Day with due respect recalling the August 15, 1975 carnage.

The function was attended by all the Head of the Departments and Deans of different Faculties. A Large number of Faculty members, Officers, employees and students were present on the occasion.

We have 899 guests and no members online