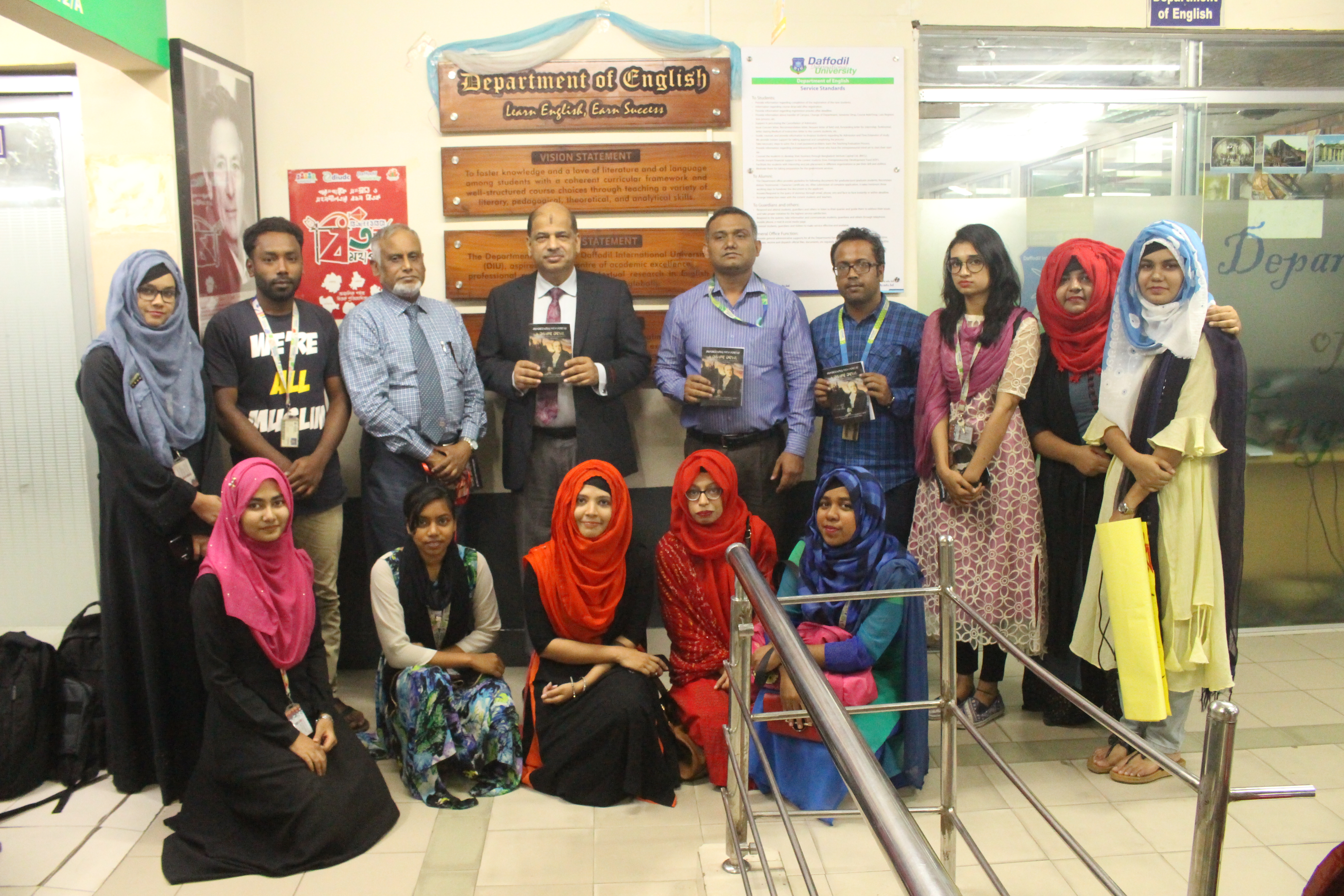 Professor Dr. Yousuf Mahbubul Islam,Vice Chancellor of DIU  along with othewr distinguished guests at unveiling program of the wall magazine named “Ink of Imagination” held at the premise of the Department of English

Mr. Md. Ariful Islam Laskar, Assistant Professor, Department of English, coordinated the whole program as he worked as the editor of this magazine. A good number of students, the students who worked really hard to make the magazine come out, were also present in this lively but unceremonious occasion. Some of the teachers of the department were also present there.

Apart from this, Honorable Vice Chancellor launched a new bilingual magazine titled “Rendezvous with Poetry” published by the students of the Department of English. This Magazine was an effort from the part of the students of 40B Batch of the department to pay tribute to poet William Blake. Mr. Md. Ariful Islam Laskar worked as the editor of this volume too. This was an effort to make students to take part in co-curricular and extracurricular activities so that they can learn outside the classroom and can implement their studies in practical situation. Honorable Vice Chancellor and other respected faculty members praised the effort of the students and teachers. They emphasized that this sort of effort boosts the students’ imagination and performance.

We have 162 guests and no members online