Discussion on the book ‘1971: Resistance, Resilience and Redemption’ held at Daffodil International University 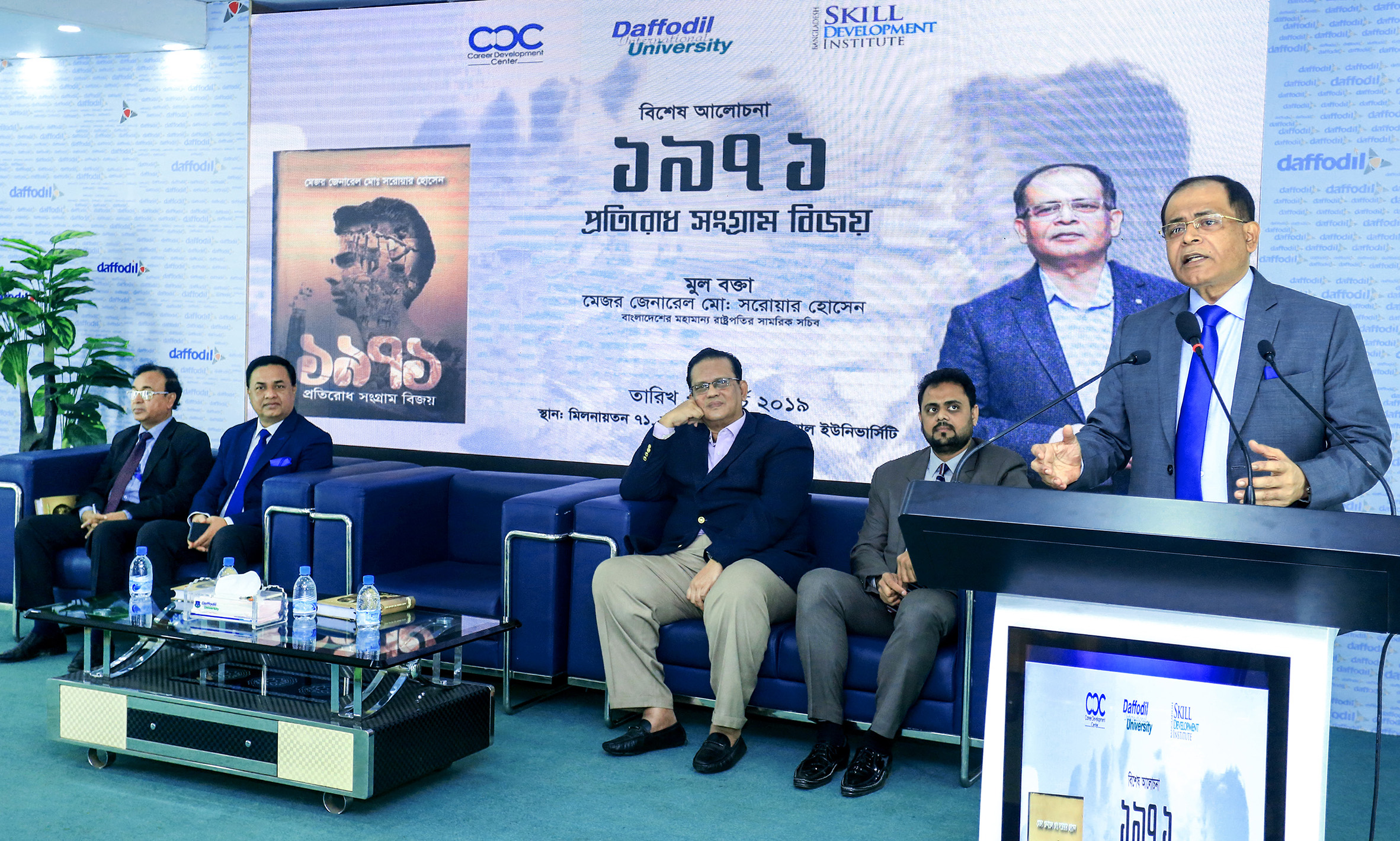 While discussing as the keynote speaker Major General Md. Sarwar Hossain said that as a nation the most proud history of us is our liberation war.  We will have to go forward following this glorious history, only because, the future path of a nation has to be created depending on the past experience. He expressed thanked Daffodil International University for arranging the program.

While addressing Mr. Mohammad Nuruzzaman said that there is great allegation against our young generation that they don’t know clearly about the liberation war which is a matter of great regret as a nation.  He urged the students to read more and more books on our Liberation war and know the real birth history of Bangladesh.
It may mentioned that the book ‘1971: Resistance, Resilience and Redemption’ was published in Ekushe Book Fair-2019 from Priomukh Prokashon.

We have 5692 guests and no members online