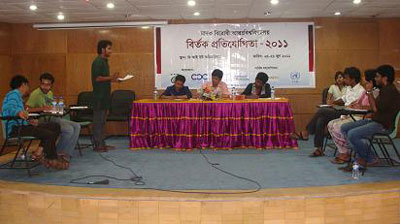 DIU Debating Club always initiates programs to mark the different national and international remarkable days and as part of its continuation they took this endeavor. Through this debate DIU Debate Club come forward to bring the disadvantages of Drug abuses and the way to overcome these solutions to the young generations.

We have 860 guests and no members online