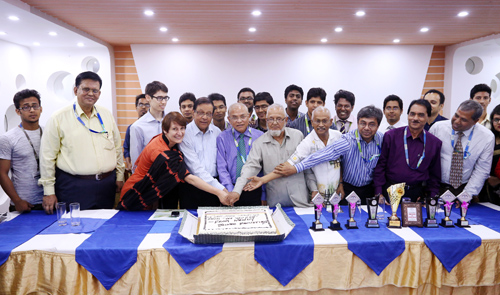 The "Solar Car Project” of student’s group (Yes You Can) of department of the Computer Science and Engineering at Daffodil International University won the Best Future Award in the Asia's largest Solar technology event “Electric Solar Vehicle Championship (ESVC) 2014-2015, organized by Imperial Society of Innovative Engineers (ISIE) which had been held at Maharishi Markandeshwar University (MMU) Haryana, India on 16th to 19th March 2015. 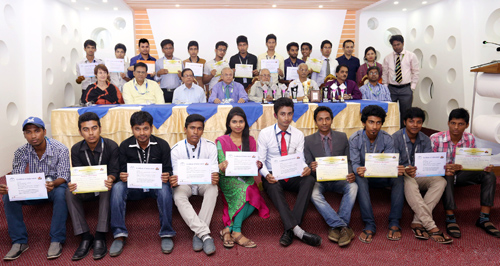 Members of the “Yes You Can” Group of CSE Department of Daffodil International University along with distinguished guests at the reception program.

We have 646 guests and no members online