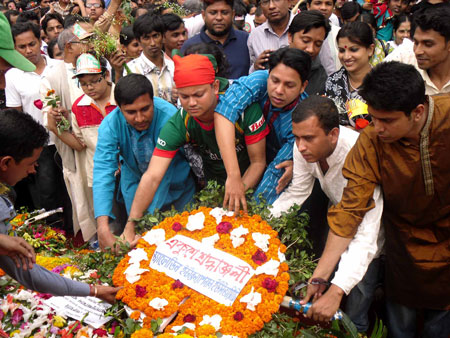 () placed wreaths at Central Shahid Minar premises in observance of Amar Ekushey, also the International Mother Language Day in the sharp morning of . The team approached to the Shaheed Minar bare footed and placed at the dice of the monument amidst the crowd. With this place ment, team also showed their tribute to the great souls who laid their lives during the vigorous activities of language movement.

We have 560 guests and no members online