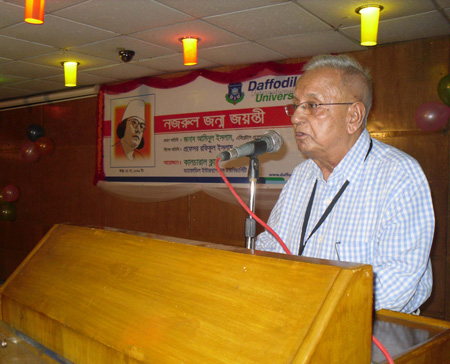 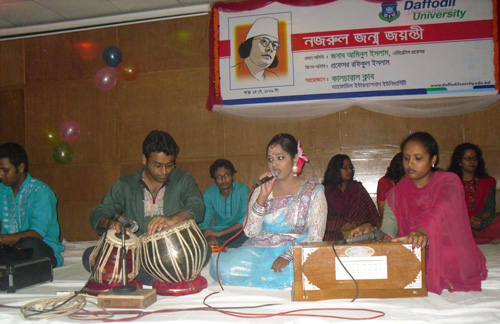 Addressing as the chief guest Dr. Aminul Islam said, Kazi Nazrul Islam was a poet of equality and secularism. His writings still inspire people to protest against social depravity and repression, he added. He also said that Nazrul had given Bengali poetry a direction, portraying the pain and sorrows of the downtrodden. He termed the poem,” Bidrohi” as an immortal creation that still evokes the sprit of protest in Bengali hearts.

We have 137 guests and no members online