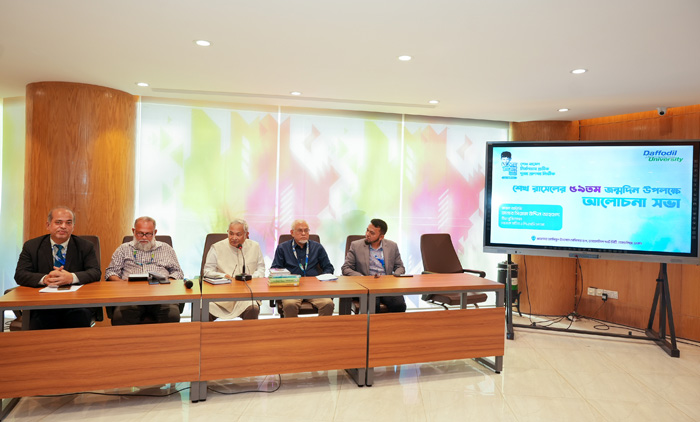 Addressing as the chief guest Siraj Uddin Ahmed said, Russel was brutally killed along with most of his family members including his father Bangabandhu Sheikh Mujibur Rahman when he was a student of class four of University Laboratory School. He also said, beautiful face of Sheikh Russel is the symbol of innocence, love and affection, which will never fade away from the public memory.

He said, In order to build a happy and prosperous 'Sonar Bangla', the new generation had to be built as worthy citizens. For this, it is necessary to flourish their good qualities from childhood and new generation have to be nurtured with the spirit of honesty, patriotism and devotion, he added.

We have 692 guests and no members online