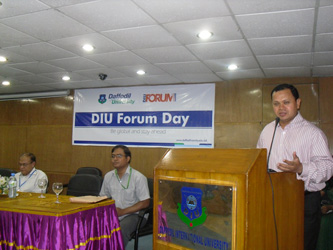 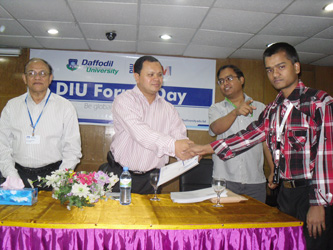 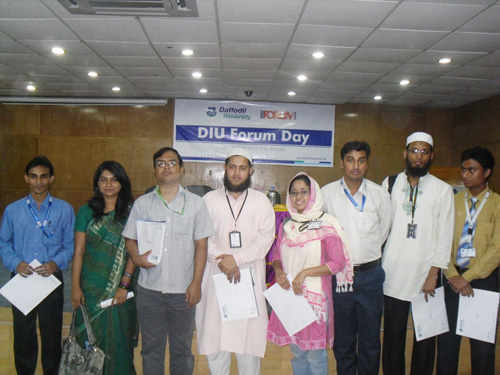 Mr. Md. Sabur Khan said that DIU forum is holding one of the top positions in information resources in the world and many people outside DIU want to be members of this forum. Only DIU students, faculties & officers are entitled to participate in this forum. So, all members should participate in this forum regularly by posting positive opinions and feedback, which will eventually help them to be knowledgeable, global, and competent for the competitive world. The extensive use of DIU forum increases its own popularity, ranking and opportunity for DIU. He informed the audience that DIU forum has made a 57 percent contribution to all web-based evaluation of the university in order to uplift DIU’s ranking in the world.

Thus, DIU Forum being a useful web portal of the university has become a great digital communicating media among its students, faculties, officials, and all others representing DIU to the world.

However, in the program some faculties, officials and students are rewarded with certificates and prize bond for their valuable contribution to DIU forum. The members who are awarded are as follows:

We have 616 guests and no members online